Apples have historically been an important part of our diet and September and October are the peak months for harvesting when many varieties for eating and cooking are fresh off the tree. Apples not only taste good and can be cooked in many ways but are good for your health since they are extremely rich in important antioxidants, flavonoids and dietary fiber.

So now is the time to visit one of our local orchards such as Barnard’s Orchard in Unionville, Highland Orchards outside West Chester, Lone Star Orchard in Cochranville and Vollmecke Orchards just north of Coatesville or a farmers market. 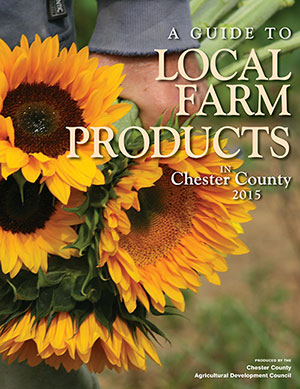 A map and details of the orchards and our farmers markets can be found in the Guide to Local Farm Products.

For many years Red Delicious, Gala, Golden Delicious and Fuji varieties dominated apple sales but a much wider range of varieties are now available and taste has become a strong feature of the new varieties. Honeycrisp has been increasing sales recently due to its crisp and predominantly sweet taste.

Many new varieties are on the market and in the pipeline but some of the new varieties may be market managed by groups who have purchased exclusive sales rights for growing and selling the variety from the breeder. This is a new system that enables the breeder to benefit from their long term investment in breeding.

Apples played a much more important role in colonial days and 19th century when most people lived in the countryside and relied on what they could grow themselves or purchase locally to survive the year. They were not only eaten in the hand, but baked, stored in barrels or storerooms, cooked for a long time to produce the longer-lasting apple butter and made in to cider. Cider was safer than some local water supplies.

Hard cider, an alcoholic drink made from the fermented juice of apples, is becoming popular and participating in the interest in local beers. Nielsen market research found that cider sales were up 79 percent in 2014 and twenty-four new brands were launched with the attraction that ciders are naturally gluten free.

Apples did not originate in North America but the early settlers brought seeds and cuttings of apple trees from England, France, Germany and other countries as they knew what an important food source they were. 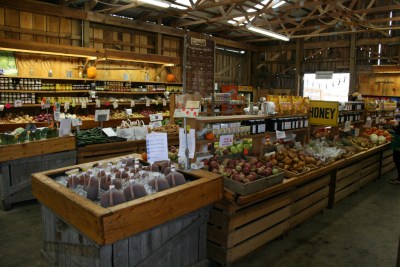 If you plant an apple seed it will not produce a tree that is the same as the parent from which it was taken. Apple flowers are pollinated by bees and require another apple variety to set seed and produce fruit. The resulting seeds produce crosses which sometimes yielded much more desirable fruit or growth habits. It was estimated there were 14,000 different apple varieties that were being grown across the country during the 19th century.

Today there are only around 100 varieties of apples grown commercially. They are produced in fruit nurseries that graft the bud of the desired variety on to a rootstock that produces the size of trees desired by the fruit grower and that performs well in the local climate and soil.

Most modern orchards also look very different from the traditional large trees that require ladders to harvest the fruit. High density plantings involve 800-1400 trees per acre so can cost up to $25,000 to plant and establish but the small trees can be harvested from the ground and provide a significant crop in the 2nd and 3rd year.

Insects and diseases make it extremely difficult to produce apples organically without use of any pesticides east of the Rockies but don’t be concerned about the safety of the fruit. Growers have adopted Integrated Pest Management (IPM) and so only apply insecticides when absolutely necessary and try to rely on predators to control the damage-causing insects. All pesticide products must be registered by EPA and use labelled to ensure the interval between application and harvesting will be completely safe for consumption.

Adams County is the center for apple production in Pennsylvania which is the fourth largest producer of apples in the US with 2.4% and valued at $43.4 million. Washington State is by far the largest producer with 64% of national value, followed by New York and Michigan. 67 percent of the U.S. crop is grown for fresh consumption and 33 percent goes for processing, including juice and fresh slices.

Commercial apple production requires a high level of initial investment and highly detailed management to prune, protect the developing fruit from many insects and diseases and finally have a sufficient work force to harvest the fruit carefully. Some apple varieties can be stored in temperature and atmosphere controlled storage for several months and even longer. 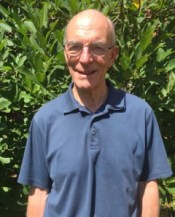 Duncan Allison gained degrees in horticulture and extension education in the UK and US and spent most of his career working for the DuPont Company developing and marketing crop protection chemicals. Recently he has written reports for a global ag publisher and for New Jersey-based international business consultants Kline & Co. For the last 16 years he has been heavily involved in the local farming of Chester County where he has lived with his wife and family since 1980.